The American writer Mark Twain, who penned the adventures of Tom Sawyer and Huckleberry Finn, among others, is said to have said during his lifetime in the 19th century that golf is a walk with annoyances. Annoyances like water. But there are also beautiful sides. For example, when the cool water gushes crystal clear from the spring at the edge of the fairway - as it does at Zugspitzgolf in Ehrwald, Tyrol. Or when the water in the bathing lake around the corner serves as cool refreshment after the sweaty round of golf in the hot summer sun. Yes, such natural wellness oases also exist around the wonderful golf courses in Tyrol and Salzburger Land. Golf Alpin presents seven ways to plunge headfirst into the lake or simply dangle your feet comfortably in the water.

Tyrol's largest lake has so much to offer. For example, the Golf- und Landclub Achensee. Founded in 1934, it is the oldest golf course in the province, has ancient trees and an impressive mountain panorama. Even though the terrain is rather flat, you can break a sweat. Then it's best to go directly into the Achensee. There are popular lidos in Maurach, Achenkirch and Pertisau. The temperature is quite respectable for a real mountain lake: Near the shore, the water is around 22 degrees in summer. The perfect refreshment for exhausted golfers!

The Zell am See-Kaprun-Saalbach-Hinterglemm Golf Club was opened in 1984, initially with nine holes, but which quickly became 18. And that was steeped in history, because the club had the first 18-hole facility in the province of Salzburg. Later, it was expanded again - to 36 holes by now! Both courses, named after the local mountains Kitzsteinhorn and Schmittenhöhe, are fair to play in spite of lots of water and rough. And afterwards, Lake Zell with its crystal clear water invites you to swim, splash and relax. Around the lake there are plenty of free swimming opportunities - and the magnificent panorama is also free here!

The 18-hole course of the Golf Club Kitzbühel-Schwarzsee between the Hahnenkamm, Wilder Kaiser and Kitzbüheler Horn is an experience. Here, similar to the legendary ski run Streif, there is a mousetrap. This is a fairway where you have to cross a small ravine. Water comes into play on twelve holes at GC Kitzbühel-Schwarzsee. And for the 13th time after the round. Because the neighboring Schwarzsee is Tyrol's warmest moorland lake and therefore a popular swimming spot. The water is 27 degrees warm and its quality is proven to be first class.

In this region of the Salzburger Land there is even a sea. The Stony Sea. A mountain range, not a bathing lake. But there is one in Saalfelden: the Ritzensee. Because it is only four meters deep, it warms up quite quickly. Incidentally, the lake got its name from Ritzen Castle, one of Saalfelden's four castles, which still stands on the shore. And not far from it, another body of water sets the course. The Saalach, a mountain river, meanders through the challenging course of the Brandlhof Golf Club with its 18 holes in the midst of the Salzburg mountains.

Alpine meadows, groups of trees, challenging and multifaceted fairways, biotopes. The golf course in Goldegg, on a high plateau above the Salzach valley in the Pongau region, has all this to offer. In 1995, the course was expanded to 18 holes. The lake, the Goldegg Moorsee, is just around the corner. With its 26 degrees water temperature, it is considered one of the warmest moor lakes in Austria. But don't worry: even 26 degrees can be quite refreshing after a sweaty round of golf.

Here in Mieming, not far from Innsbruck, the capital of Tyrol, they rave about their sunny plateau. Actually, it's always summer here. At least according to the statistically recorded 2,000 hours of sunshine per year. Mieming is the sunshine capital of Golf-Alpin-Land. Golf is played on the 18-hole Champion Course or the nine holes of the Park Course, embedded in almost 70,000 square meters of pine forest. Refreshment for the golfers is provided by the Mieminger Badesee, which has an average water temperature of 22 degrees. There are also shady trees here - and even a water trampoline for the really wild ones.

Although the Innsbruck-Igls Golf Club has "only" 9 holes to offer on its course in Lans, they deserve the title of recommendable. The course is played in a park-like landscape between fir, deciduous and fruit trees - including a mountain panorama. And afterwards you can refresh yourself in the Lanser See lake. It is about 22 degrees Celsius and has a great wellness effect. Because the Lanser See is a moor bath, whose water has a healthy and beneficial effect on the skin. 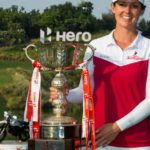 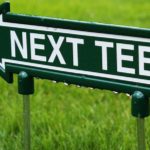